In a few week’s time, Icebreaker Ensemble brings a premiere, Suspect Device, by Ed Bennett to Sounds New. Intrigued, I talked with Ed about the piece and the background to the new work.

DH: I’m intrigued by the title of your piece – it sounds potentially explosive! – from whence did the inspiration come ? 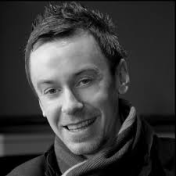 EB: Suspect Device recycles material from the original song of the same name by Northern Irish Punk band Stiff Little Fingers. The band who were mainly active during the height of the Northern Irish ‘troubles’ in the late 1970’s and early 1980’s provided optimistic and energetic anthems for the disaffected Northern Irish Youth culture who wanted nothing to do with the violence and political rhetoric of the time (myself included). My work attempts to capture the spirit and energy of the original music but reinvents the original musical material in my own way. When I worked in a supermarket as a teenager we had to look for ‘Suspect Devices’ at the end of a working day (I’m sure that wouldn’t be legal now ?!).

DH: How did you come to be working with Icebreaker ?

EB: Icebreaker were one of the first contemporary music groups I ever heard live (almost 20 years ago in Belfast), it was hugely inspirational and since then I’ve always fancied the idea of working with them. James, the group’s artistic director, got in touch with me saying that he’d heard my music and liked it so I proposed that I wrote them something at some point. That was a few years ago but now it has finally come to fruition.

DH: Was Icebreaker closely involved with the piece from the start, or does their involvement come after the piece is finished ?

EB: They were involved in so much, as I knew their repertoire and ethos well and I knew the context in which the piece would be featured. James had this idea of recycling material from existing work which is where Suspect Device came from. The piece later becomes refined in the rehearsal process with them, I’m very open to changing things in this process.

DH: Did you write the piece specifically for the players in Icebreaker, and if so, how did this inform the compositional process ?

EB: Yes. As above really. My music is often very pulsed and rhythmic, as an ensemble Icebreaker specialise in tackling work like this.

DH: You cite Joni Mitchell and David Byrne amongst your musical influences; what do you draw from two such disparate figures ?

EB: Well, I think I mentioned that I like their work in the context of lots of other stuff. I have very broad listening tastes and the music I write is not necessarily clearly influenced by that which I listen to; it could be in some more subtle way for example the melancholy in Mitchell or the energy in Byrne. I wasn’t thinking of either here though.

DH: Does directing your own ensemble (Decibel) have an influence on your composing ?

EB: Yes, definitely. Being outside of institutionalised ensembles and organisations allows you to be much freer in your approach. The best way to make music is with friends who completely trust and commit to your work. The way it should be.

DH: What are you up to post-Sounds New next moth ?

EB: I have new projects with the Crash Ensemble, Decibel, the pianist Xenia Pestova and I hope to finish a new CD of my work for release at the end of the year.

Find out more about Icebreaker and Suspect Device at Sounds New here.

With thanks to Ed for his time!

This entry was posted on Tuesday, April 22nd, 2014 at 3:19 pm and is filed under Events, In Profile. You can follow any responses to this entry through the RSS 2.0 feed. You can leave a response, or trackback from your own site.