Leap of Death: an interview with Robert Stillman

DH: What inspired you to come up with this project ?

RS: I first learned about the lost ‘4 Devils’ film through a very good documentary about it made by Janet Bergstrom that was an extra on the Sunrise DVD. I was intrigued by this idea of that a film can just disappear completely; it seemed so exotic in our age of obsessive preservation-added to the fact that it was this dark, weird tale of orphans sold to the circus to be trained up into a trapeze act. So I thought it would be interesting to somehow use this missing artefact as the starting point for a new one. 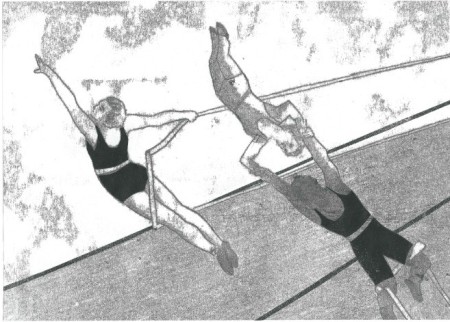 DH: Thinking of the highly Expressionist style of Murnau’s ‘Nosferatu’ in particular, how are you able to conjure up or realise the visual element of the missing film as part of the performance ?

RS: ‘Leap of Death’ is being released as a limited edition of 50 bookwork/vinyl LPs, and  we’re going to be projecting images from the bookwork during the performance. The printmaker/writer Anna Fewster composed these images as ‘imaginary fragments’ of the ‘4 Devils’ narrative, and they are inspired in part by what we know about the look of ‘4 Devils’ film (from remaining archive materials), but also by photos and posters from circuses of this time, and this era of film in general.

DH: Is the fact that you’ve written a score to a film that’s missing an aspect of the performance itself, ie. should listeners be trying to re-create the film for themselves ?

RS: That’s the idea- we wanted to create an impression or feeling of the lost film, but some listeners might imagine something even more literal and structured in terms of narrative. The music is based around themes that relate loosely to characters, ideas, and in some cases scenes, and these are referenced in the titles and images we’re projecting, but these are really just little seeds for people’s imaginations.

DH: Tell me about these multi-media aspects of the performance: what can audiences expect to experience ?

RS: We’ll perform the score with a 6-piece band (organ, trumpet, saxophone, trombone, tuba, drums), alongside continuous projection of images and text from the ‘Leap of Death’ bookwork. The idea is to create a ‘live’ version of the bookwork/LP.

DH: The dance-band style music of the 1920’s has a distinct character – is your music a homage to, or a recreation of, the music of the period ? 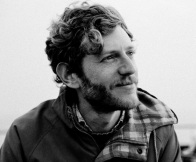 RS: I wasn’t focusing too heavily on trying to recreate or pay tribute a style per se, though I guess I had the sound of Hollywood film composers like Steiner, Newman, and even Chaplin in mind- I really like that hybrid musical language they used that combines the chromaticism of contemporary European classical with American popular music influence. For this piece I was going for music that was complex and rich but that was essentially built on hummable tunes- and with plenty of woodblock!

DH: Do I detect perhaps hints of Satie about the music, his Parade in particular ? Was Satie an influence ?

RS: Satie’s the man, and definitely an influence for me. My first idea for ‘Leap of Death’ was actually a Diaghilev-vibe contemporary ballet, so the Parade idea makes sense. I’d still love to realise it this way some day – it would work well with the 4 Devils’ trapeze acts.

With thanks to Robert for his time. Find out more about Leap of Death at Sounds New next month online here.

This entry was posted on Thursday, April 10th, 2014 at 7:41 am and is filed under Events, Perspectives. You can follow any responses to this entry through the RSS 2.0 feed. You can leave a response, or trackback from your own site.